Software-analyzing specialist New Relic is now a publicly traded company. The startup’s shares are priced at $33.43 as of 9 AM PST, which is a bump from yesterday’s set price of $23 a share.

While the boost in the share price is significant, New Relic CEO Lew Cirne (pictured above) said he’s been trying hard not to set any sort of expectations for the short term, and instead is focussed on continuing to build value in what the company already has.

“What happened today is one of thousands of days in the future,” said Cirne.

Now that New Relic is publicly traded, Cirne believes that it can land some more enterprise customers — a roster that already includes GE, Adobe and Salesforce — who might be swayed with the new recognition the IPO brings.

“Honestly, we think we are ready and there’s a huge opportunity for software analytics,” said Cirne. “In 2015, there will be more software delivered than ever before.”

While NASDAQ currently shows New Relic having 534 employees as of September 30, 2014, Cirne wouldn’t give any specifics as to what its planning for employee headcount in 2015, but he said “it’s safe to say the best days are ahead.”

Regarding using the extra capital for possible acquisitions in the near future, Cirne wouldn’t lay out his plans. But he did say that the company wants to make sure any acquired company’s technology is successfully integrated into New Relic’s product line so that customers won’t be able to tell if it came from another organization. The startup recently bought Barcelona-based startup Ducksboard, which creates visual dashboards from data it aggregates from different cloud services.

Cirne said that New Relic “will really bring our A game” now that it’s in the open marketplace and compared the company to a football team who goes from playing on Saturday to playing on Sundays. The company can’t lose track of what got it to this day, and it must ensure its striving for a “hall of fame career.”

“History is littered with people in the NFL that think they made it,” said Cirne. “Two years they are out of the NFL. They forgot what they did to get there in the first place.” 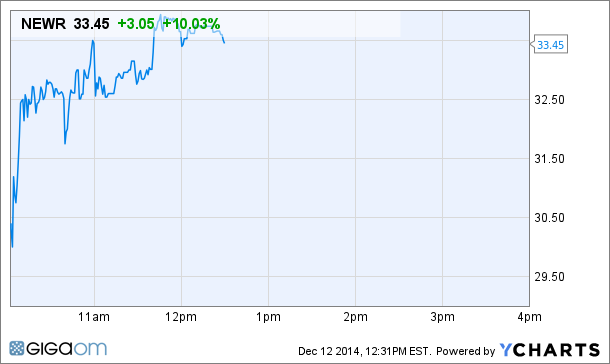 The success of any data-related project depends on the quality of data. Enterprise customers manage massive amounts of data, and it’s imperative…